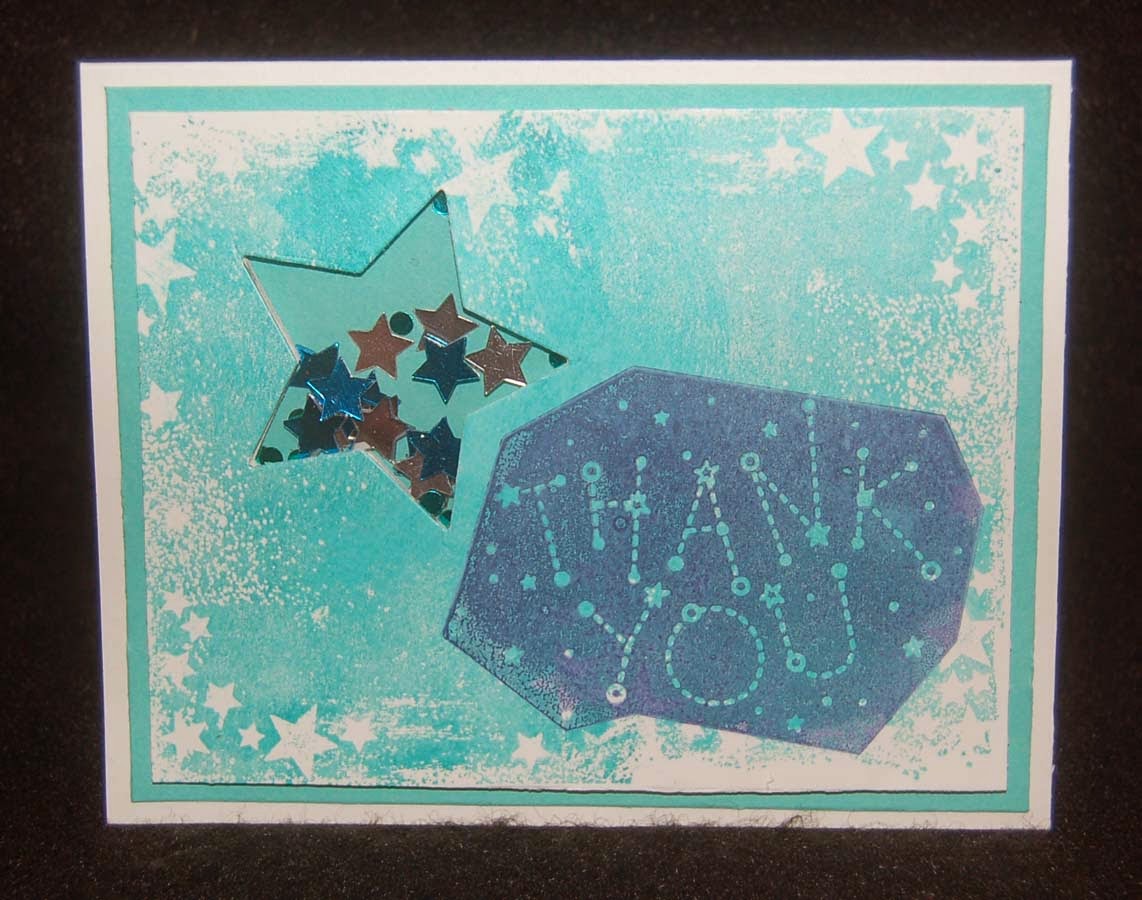 This should have been an easily assembled shaker card but for some reason I made a lot of 'boo-boos'....just when I thought I had mastered the shaker card  ;(   Anyway, after stamping the Hero Arts background star stamp twice on a semi-glossy white cardstock with turquoise Versa Magic ink and blending the overlapped areas,  I stamped the Hero Arts 'Thank You' words over it in a dark blue ink.  Then using one of the star dies from the Little B set (love this set because it includes stitched stars) I cut a star in the stamped panel.  Next I taped on a piece of acetate (with Merikan double stick) behind the star opening.  Using the same star die I cut out an opening from a piece of thin foam and taped it behind the acetate covered star.  In hindsight I should have just cut the star from a large rectangle of foam and taping the whole thing to the panel.  Of course, I should have also NOT taped the shaker panel upside-down to the blue card blank!  However, to rectify this mistake I cut the card blank front and positioned it onto a white card blank. (I actually liked it better.) ;)  I'm sorry that the photo of the card is not clear but I think the semi-glossy cardstock had too much of a sheen.  Oh, I almost forgot to say that I filled the star window with confetti which was purchased from HM Ben Franklin Crafts (the stamps and die set came from there too).  The confetti trio package was supposed to be for New Year cards but I guess I'll use them for other crafts...shaker birthday cards? I think I'll do it right next time.  LOL! 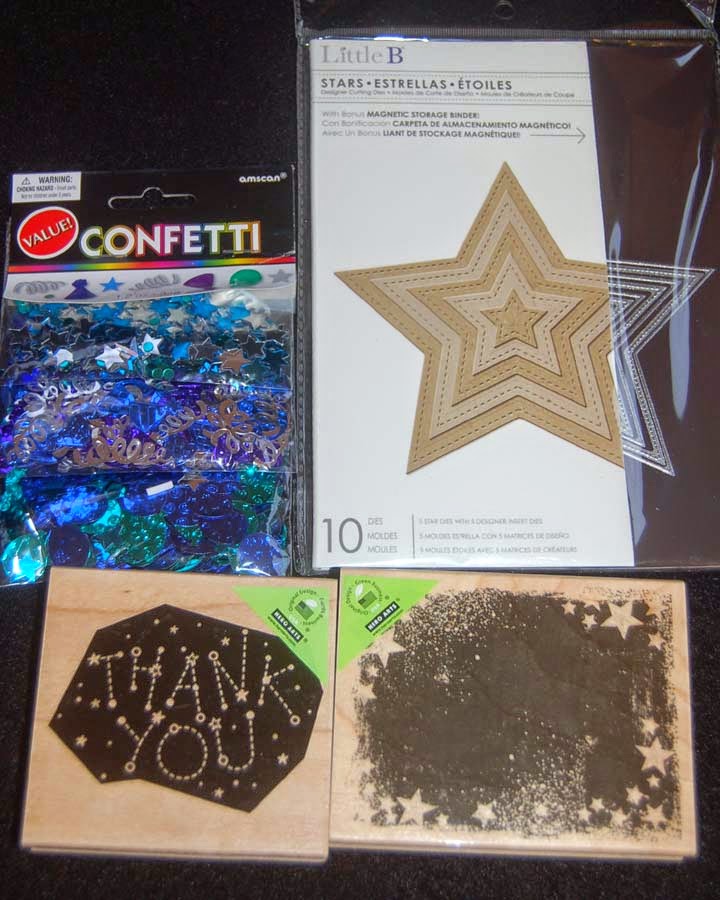 P.S. At one point the sequin stars kept falling out so I looked for a gap in the foam but discovered that I forgot to put the acetate behind the window.  Hahaha!
Posted by Lynn at 8:00 AM

Lynn you crack me up...those acetate papers are always getting lost on my desk...so hard to see...lol! Love what you did and those stitched star dies are cool. I like that you kept going with it for a really sweet outcome!

Love the shaker.. that star is perfect and the little confetti is just perfect.. i think you did master it.. :)

Love the stars! How fun!

Tape drives me crazy so I just machine-stitch when I make shaker cards!