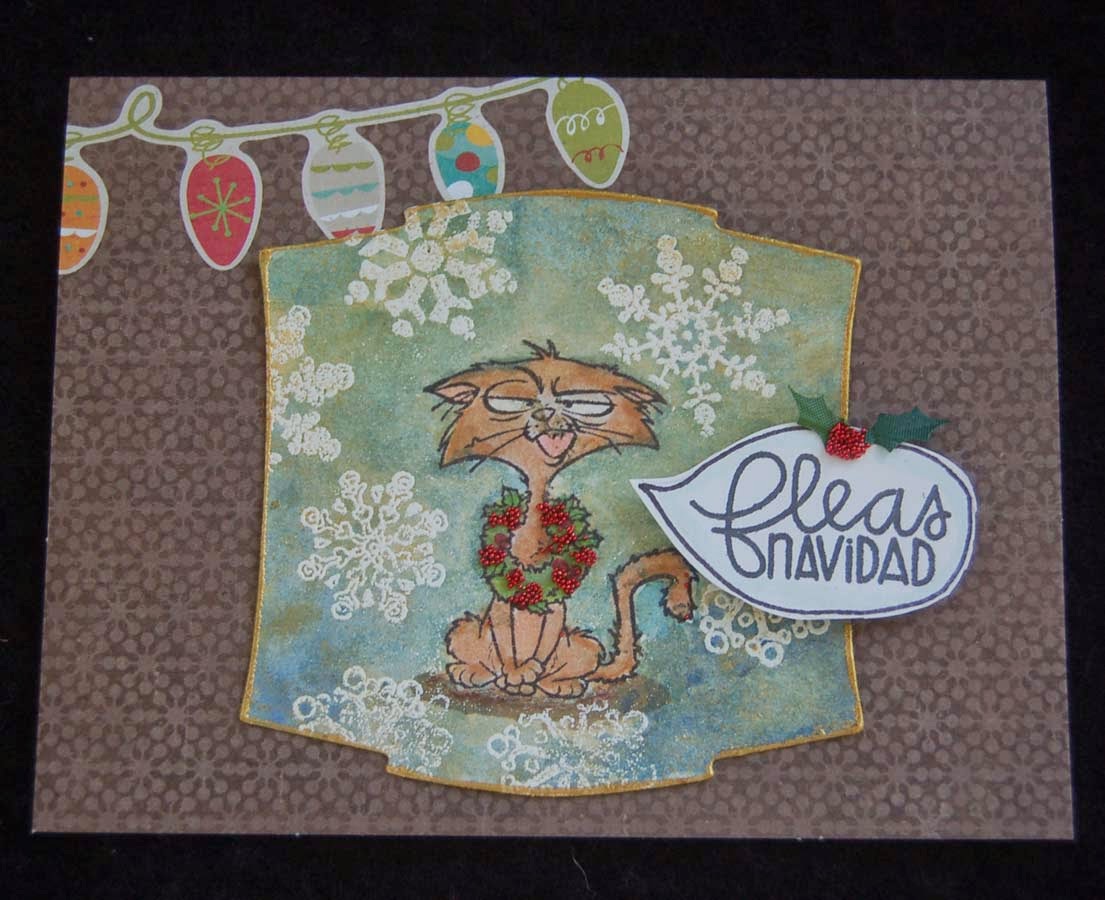 This card was created for my cat-lover son who is learning Spanish.  When I saw the wonky C.C.Designs 'Grouchy Claws' stamp at HM Ben Franklin Crafts, it was a no-brainer purchase as I knew I could use it for other projects and it paired well with the sentiment I found in a Paper Smooches stamp set, 'Santa Paws'.  I began by stamping the image on a die cut piece of watercolor paper (because I didn't want to fussy cut the image).  Then I proceeded to make a mask to cover the image so I could I heat embossed the stamped snowflakes and watercolor the background. (I discovered that the best mask was made by stamping the image on a scrap paper and generally cutting it out before passing it through a Xyron sticker maker with a re-positional sticker cartridge.) 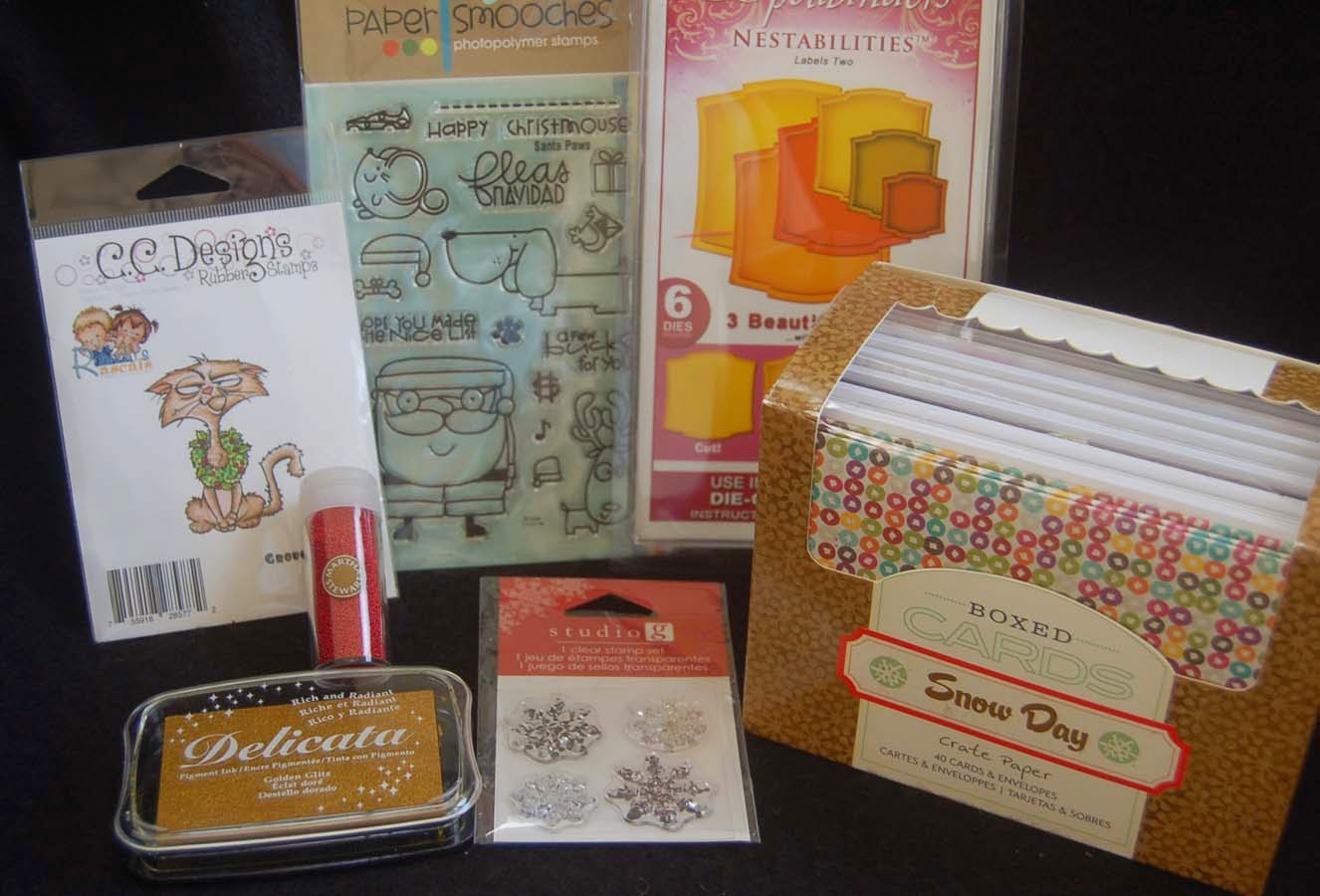 The resulting panel was just going to be used as an experiment or perhaps a tag, but I had just purchased the box of American Crafts (40 cards, 4 of each 10 designs) from BFC so I decided to mount it onto one of the plainer cards. (I chose the 'Snow Day' set because it has many cards that would be suitable for non-holiday cards. There are many sets to choose from which contain cards to simplify your card crafting.) The little vial of Martha Stewart tiny beads comes in a set.  The red beads really remind me of miniature holly berries.  I like using these beads in shaker cards because they make a nice swooshing sound. Anyway that's it for now....come back again to see more of my holiday crafts.
Posted by Lynn at 8:00 AM

love this grouchy kitty! and such a perfect sentiment for this card!

Hee-hee, LOVE your humorous card. It gave me a good laugh. Your son will get a kick out of it too.

Cute Card! I bought that stamp, too. I thought it was so funny, I might make some for ornaments for my cats' tree!

LOL! I always enjoy seeing the cards you make for your son...I'm certain that he will get a kick out of this as well. Fleas Navidad? Too funny!!!

hehehe... he's awesome!! this card cracks me up. I bet your son will love it!!