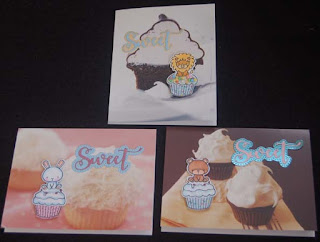 While looking for a particular craft supply, I discovered a whole box of cupcake cards which I purchased before I was crafting my own cards.  They were okay but rather plain, so I decided to jazz them up with die cut colored images and words. 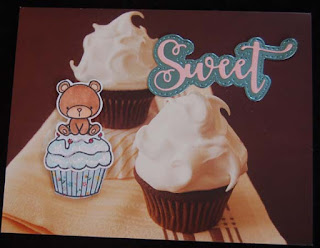 For the first one I added a Mama Elephant bear on a cupcake image and a Whimsy 'sweet' die cut word. 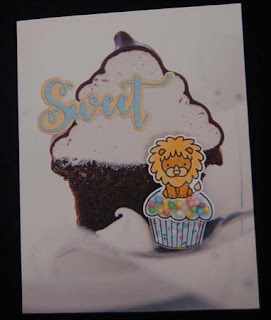 I put a lion cupcake on the second card.  The cupcake base was cut from printed card stock and little Whimsy fake candy balls were added for interest. 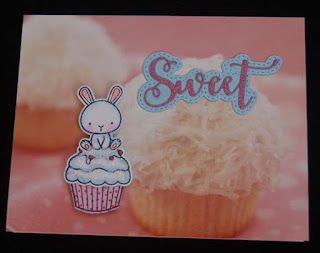 On the bunny cupcake card, Scribbles and crystal glitter were added to make the cupcake look more delicious. 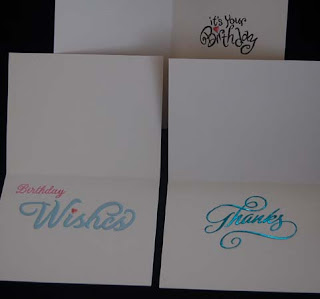 All the words inside the cards are different and die cut or stamped to match the fronts of the cards. 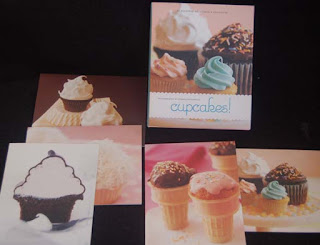 There were five different photo cards in the boxed set (of  20?)cupcake cards (purchased from Borders?).  As you can see, two images of the cards were attractive but three styles were rather plain. I think my added die cut pieces really moved the cards into the useable level.  I hope you agree and will look into  upcycling items you've overlooked for years.  It's fun and great for lessening your stockpile of  STUFF. 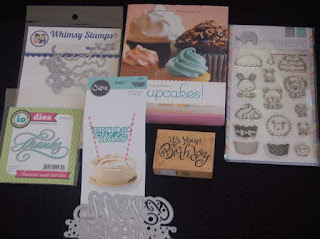 these are awesome.. yay for cupcake cards.