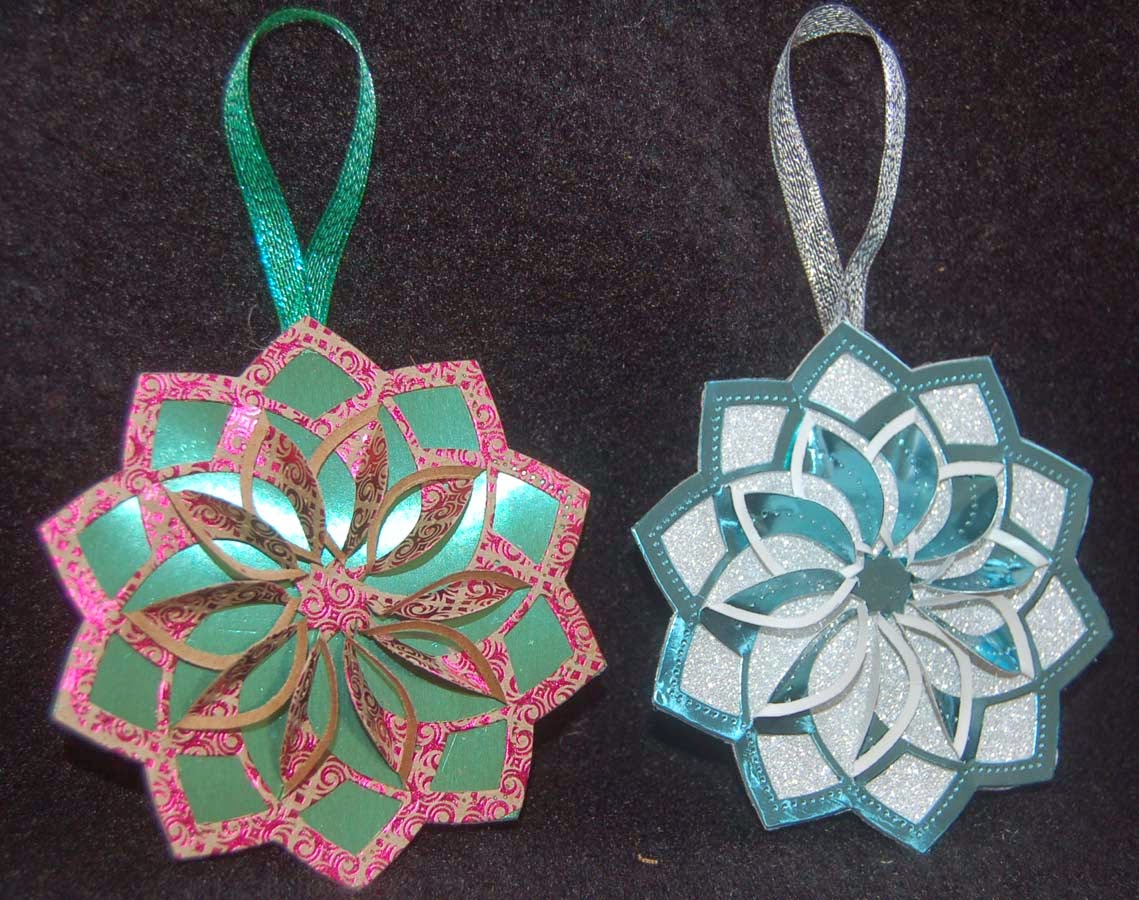 Don't these ornament/tags look extremely time-consuming to make?  Surprise, because of the Spellbinders die that I purchased from HM Ben Franklin Crafts, I was able to whip these up in minutes.  It's super easy to make them festive if you use cardstock with glitter and/foil (the DCWV 6x6 pads are perfect for these ornaments.  I would recommend using the glitter cardstock for the backing only because it is a tougher cardstock which makes the intricate cuts difficult.  I like the plain foil in the front because the little impressed dots show up well.  Somehow the blue ornament looks smaller than the red and green one....perhaps because I was trying to angle the photo to avoid a glare....they are really exactly the same size.  I chose to make the largest pinwheel-like star in the die set because there is room on the back to write a message.  I put just a drop of 3 in 1 Beacon glue at the tip of each point to fasten the two parts and attach the ribbon hanger.  I really, really love this pop-up die cut because it can be sent flat and the recipient can fluff it up .....better than a bow...it's a bow and tag in one!  Although I am finished wrapping gifts for this year, I'm going to make a batch of these for next year (great to have some things done early) and hang some on my tree for this year.  Oh, I just thought of something neat....these would make great fancy Christmas cards.....wonder how they would look with printed glitter or flocked cardstock.....gotta go and try this idea out!  See ya later! 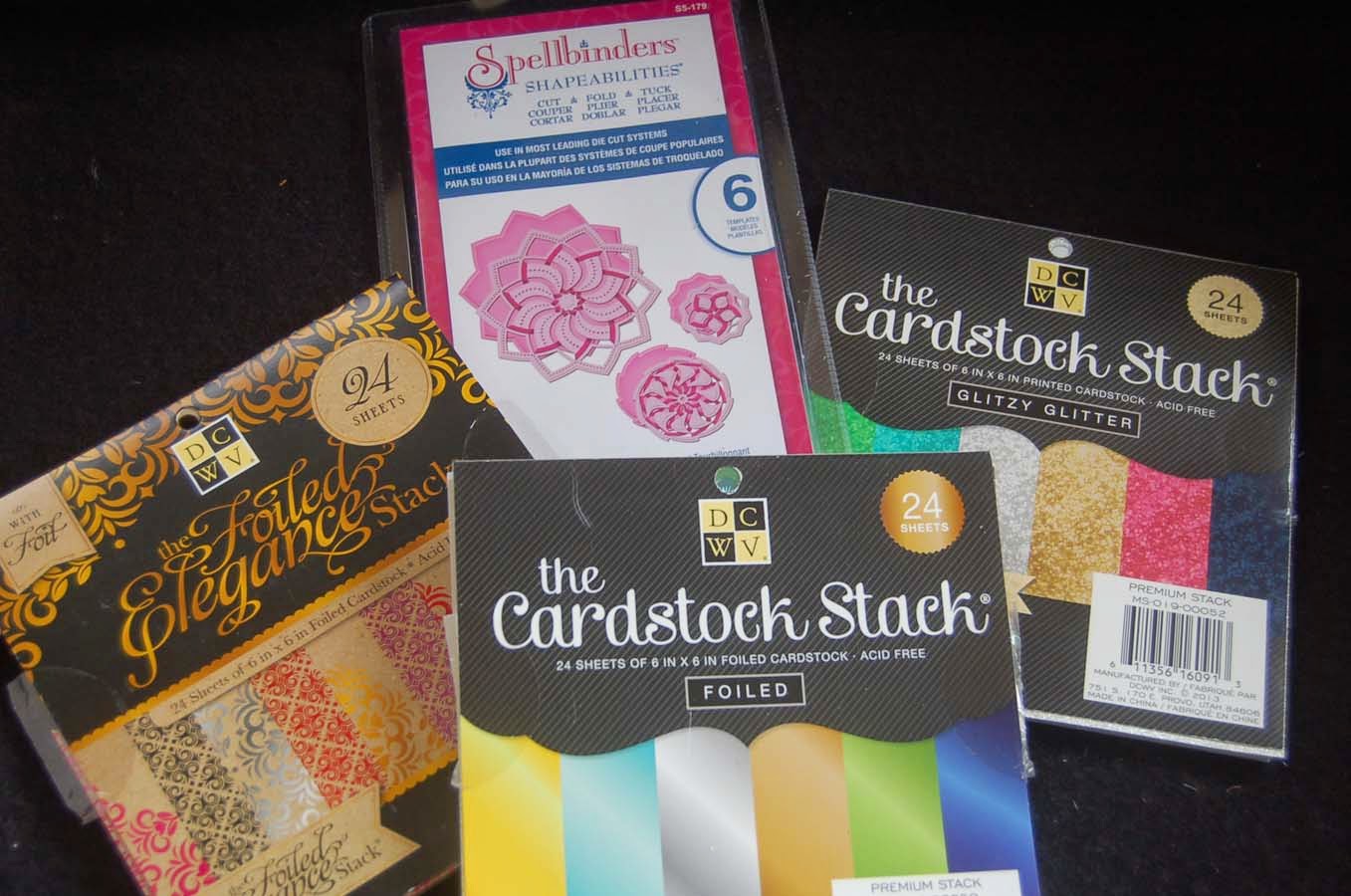 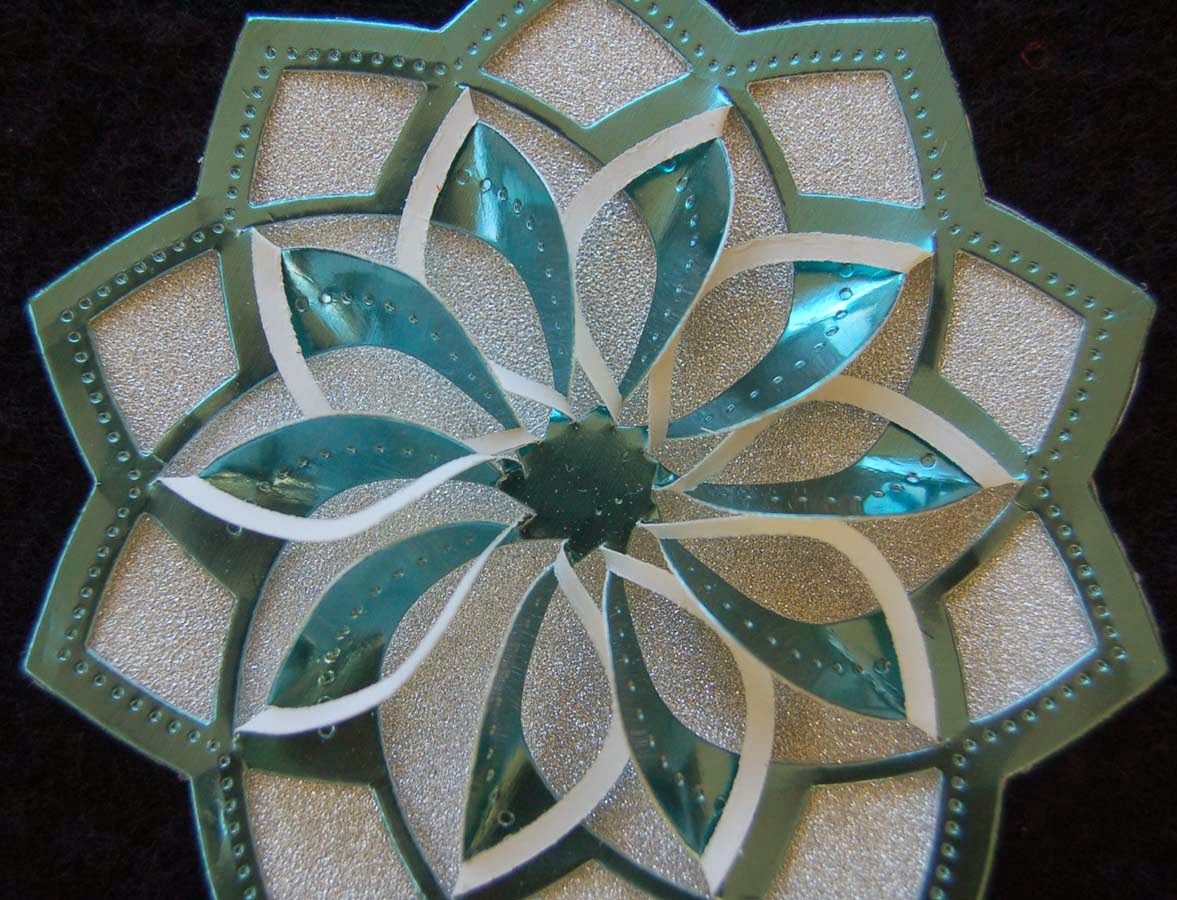 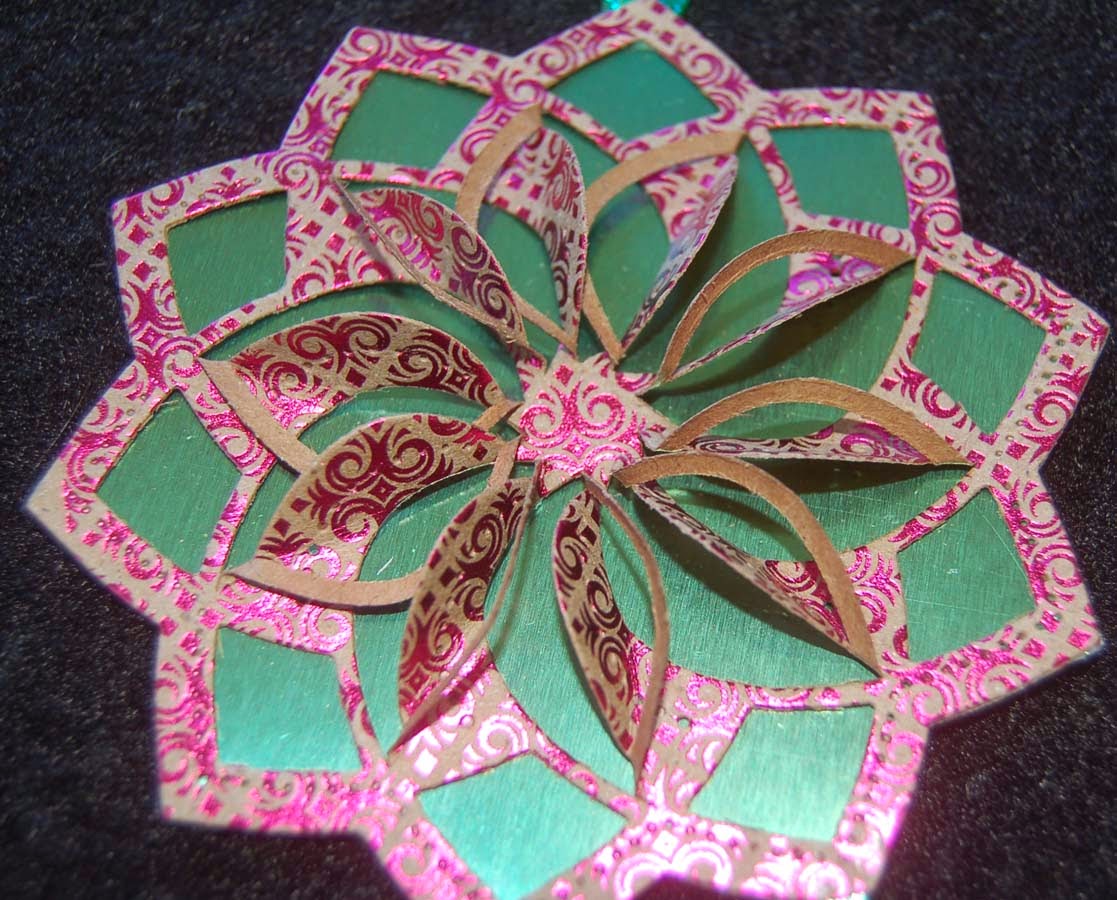 wow, those are so fancy! you always find the neatest dies!

These are so pretty Lynn. And yup, they do look hard to make. Dies are so wonderful yah? Whoever invented them is a genius.

WOW! Just gorgeous! I LOVE seeing what you do with die cuts because the packaging doesn't always help me...I'm such a visual person and LOVE what you did with the foiled paper...PRETTY!!

These are beautiful, Lynn! Great tip on using the glittered paper for the backing. I'd better remember this for next year! Merry Christmas to you and your family!