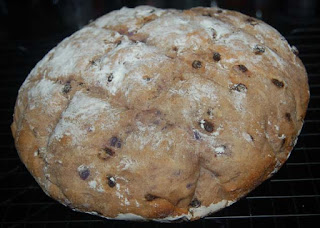 This is an update on the rosemary garlic bread recipe that I posted on Jan. 12th.  I did make the bread again in the Dutch oven but this time I took out the rosemary and garlic and added currants, purple sweet potato and cinnamon.  I originally thought I would use raisins but I saw the currants and thought they would work better because they were smaller.  You can refer to the original recipe and use same amount of potato, 1 tsp. of cinnamon, and about 1/2 c. currants.  If you're wondering, this sweet potato bread is an amazingly dense, sweet bread almost like a dessert.  Try it...I'm sure you'll love it! 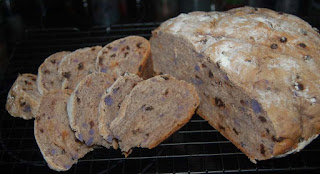